I was in two minds whether to blog about these or not. It was very hard to get a photo that didn’t look like…. Well…. Use your imagination. 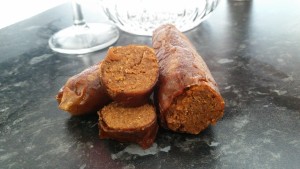 Tastes more appetising than it looks….

However, these sausages taste a lot better than they look! And the skin makes them extra fun to make.

And, they contain both tempeh and seitan! That makes them vegan level 8 – right?! 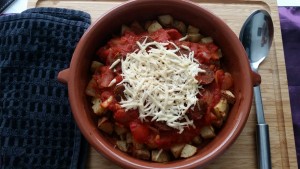 Topped off with homemade vegan cheese <3 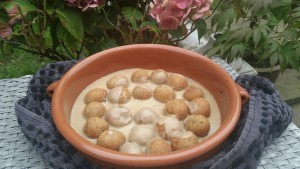