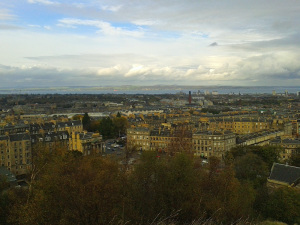 Me and the bestie enjoyed a vegan pilgrimage to Scotland last week. Using her hometown, Livingstone, as a base we had a couple of days out in Edinburgh and a day in Glasgow. I can’t believe that the birthplace of the deep fried Mars bar and haggis have such amazing vegan joints! Seriously, just look on www.happycow.net!

So, the highlights in Edinburgh:The Baked Potato Shop on Cockburn St where I had the most amazing tattie of my life. It was filled with vegan haggis and topped with a sweetcorn curry. Thank goodness Lala knew to only order a small. I practically rolled around the landmarks of the city after nomming down this beast!: 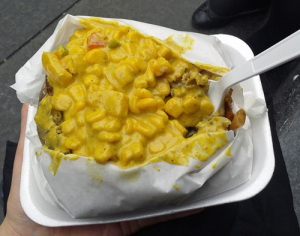 I was also super happy after a visit to Real Foods where I finally found the little squashy-pumpkin thing that I have been scouring the streets of Cheshire for after I sampled one in Croatia. 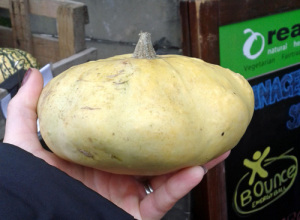 And last but not least, we visited Jordan Valley Wholefoods where I filled a carrier bag with treats for the train ride home. Tres impressed with the selection available! 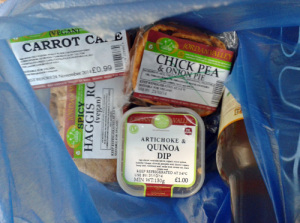 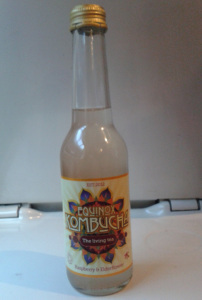 In Glasgow, we had a fantastic (and ridiculously good value for money) meal at Mono. I had a salami, red onion, pepper and cheeze pizza with a side of beer battered onion rings. Lala had moussaka which had a creamy nut based topping and looked very tasty. We both had the BIGGEST portion of sticky toffee pudding and vanilla ice-cream that I have ever seen! Aww man, it was soooo good!(We met Lala’s wee Auntie as well and she had a seitan burger… but I didn’t get a piccie, boo). 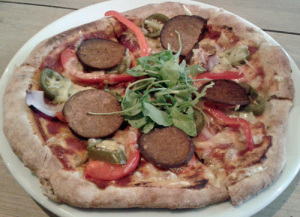 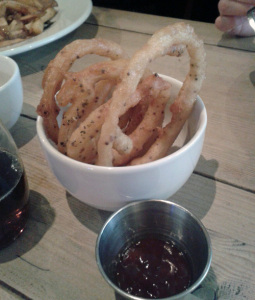 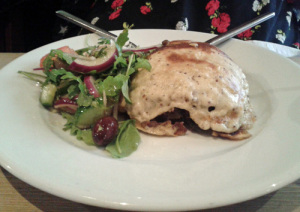 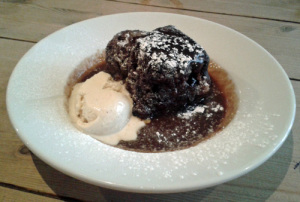 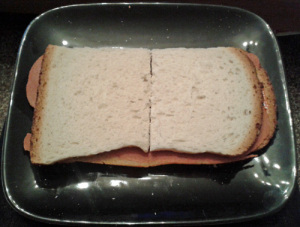 When I got home to Cheshire-land, the fella decided he had missed me so much that he wanted to take me out for tea at the vegetarian restaurant, Sanskruti. It was my 3rd visit to this amazing restaurant and I was so happy that omni hubby wanted to revisit. We both had the veggie kebabs for starter, then for main he had a massive dosa and I had the kaju karela with a side of onion rice. We both had vegan ice-cream for pud. Yet another fabulous belly-full! 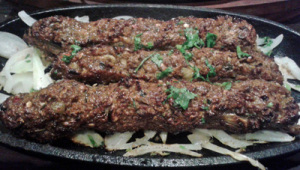 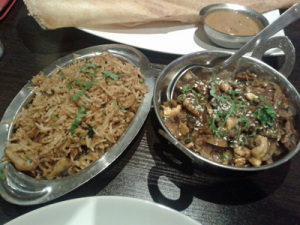 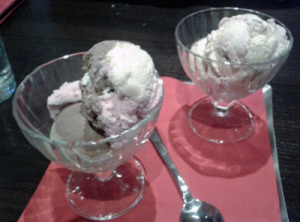 Vegan ice-cream! Neapolitan at the front and mango and raspberry at the back.

So, after 4 full days of uber-scoffing, I decided that tonight I needed a light tea. Since I had some veg to use up and well as a can of coconut milk, I decided to go for a Thai themed soup.

Heat the oil in a large saucepan.

Add the leeks and potato and fry until the leeks go translucent.

Add the green beans and garlic and stir.

Add the ginger, ground coriander, miso, pepper and chili. Stir constantly to avoid the spices from catching on the bottom of the pan.

When things start to get a bit aromatic, add the coconut milk. Add the water to the empty can and swizzle to get all of the milk out and add to the soup.

Take off the heat and leave for at least 2 hours to cool. I find that this helps the soup to infuse without evaporating off too much of the coconut milk.

Remove any lime leaves and serve in bowls. 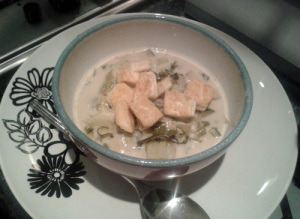 I poured mine over a bit of sticky rice and topped with some fried tofu. Deeeelicious!

I’ll be sad to go back to work tomorrow after an epic few days off, but at least I’ll have some leftover soup to take with me 🙂