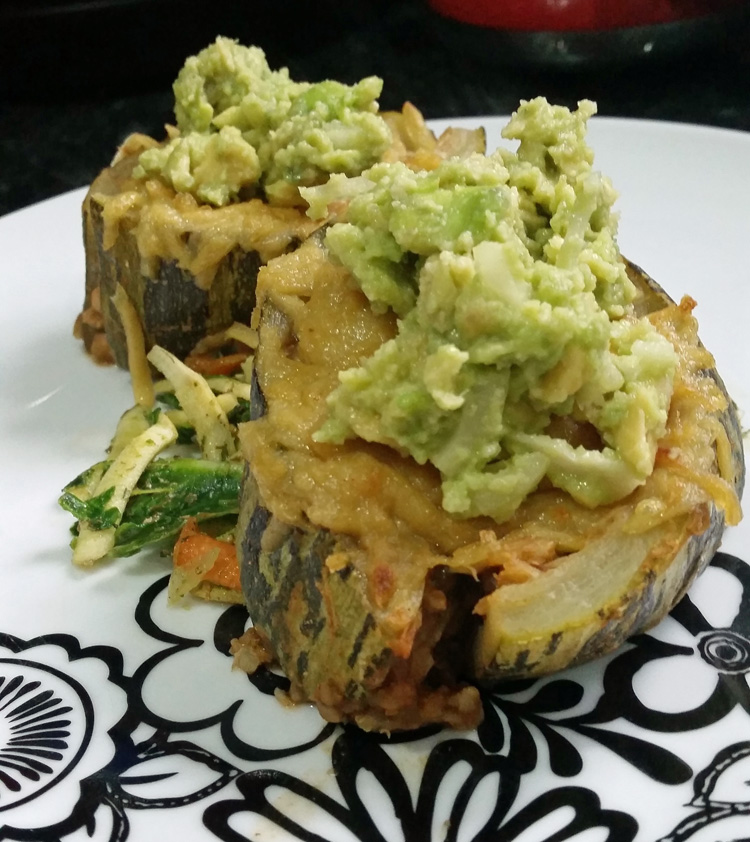 I have never liked marrow. But then again, before I went vegan I also didn’t like courgette, aubergine, cauliflower or mushy peas! So when we saw one in the shops the other day, my husband suggested that I give it another try.

The last time I had eaten marrow, my mum had stuffed it with sausage meat – bleurgh! However for mine, I had recently come across this recipe for lentil and brown rice chili and I really wanted to give it a go, so I decided to make them “Mexican” style.

I’ve also discovered a fantastic recipe for a smoked coconut gouda. This “cheese” is made from a can of coconut milk – not that you can tell! It’s refreshingly easy to make, meltable, grateable and super tasty. So of course I had to top my Mexican marrows with a handful.

I can safely say that I like marrow now! Unfortunately hubby only liked the chilli and cheese… argh! It’s so hard getting vegetables into him, even when it was his idea…

*(I used this lentil and brown rice chili recipe – I halved the quantity. NOTE: the recipe lists 2 x tablespoons of chilli powder… I thought this sounded a lot so I only used 2 x teaspoons, and it was still on the spicy side!)

I served mine on a bed of grated veggies in an apple cider vinaigrette.